In Loving Memory of Kim Poor

by Nathan Poor on August 16, 2018 in Uncategorized

In commemoration to our rebranding and our revamped website, we honor the memory and life of our founder:

Kim Paul Poor, founder and artist of Novaspace.com was born in Phoenix, AZ on March 7th, 1952.

This is Kelsey and Nathan Poor, his daughter and son. We don’t want to talk much about how dad started, and instead would like to focus more on his achievements as a father, a husband, a business man, and an artist. 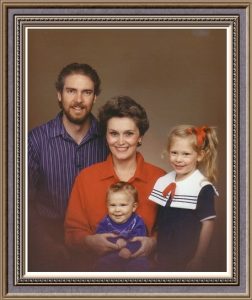 Dad was 6’4”, he was goofy (a lot of “dad” jokes), he was witty, he was intelligent, and he was artistically talented. He was tall, skinny, left-handed, loved funny movies, and greeted everybody with a “Howdy!” When we were little, dad was on the road a lot. He packed up his loading van and took his art to mall shows around the United States. He would always come home with presents from wherever he was. He also used to spend a lot of time painting in his art studio in the back of the house. 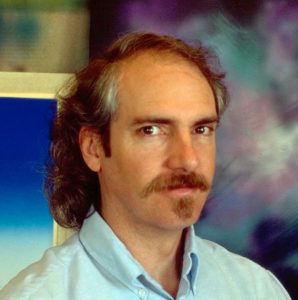 At night, when we were little, he would get on the floor with us and wrestle, tickle and play with us while we screamed for mom to come help us. Sometimes, he would unwind by playing his guitar in his art studio to his extensive collection of CD’s, while my little brother and I danced around the room. He had an absolute affinity for The Beatles. We had all of The Beatles’ movies on Laser Disc. 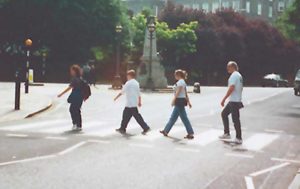 Before we were born, dad was the first president and one of the founding members of IAAA (International Association of Astronomical Artists), a league of Space Artists, who would go on landscape adventures to capture the true essence of geological beauty. Sand dunes, craters, and volcanoes were sketched up, painted, and photographed. When we opened Novaspace (formerly Novagraphics), we couldn’t keep our stock on the shelves. Our mother, Sally Poor, kept an order form pad by her bed in case people called to order something in the middle of the night. Dad was so cutting edge, we were one of the first companies on the internet. 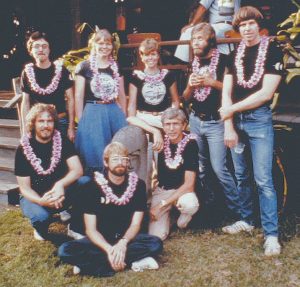 Dad was diagnosed with a rare genetic brain disease, that was a surprise to our family, in 2001. His disease was called Spinocerebellar Ataxia Type 3, also known as Machado Joseph Disease (MJD for short). His movements were becoming spastic, and he was losing control of his hands and his legs. He had stopped painting long before he was diagnosed, but I think what he really missed the most was playing his guitar.

In August of 2007, he put together the first Spacefest, held in Mesa, Arizona. He always was so proud of Spacefest, and loved to be the star of the show. Unfortunately, he couldn’t attend Spacefest 8 because of his declining health. 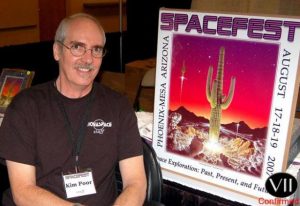 On August 16th, 2017 at 10:07a.m., Daddy died at home at age 65, after a bath, with mom and Nathan next to him. He was at peace, and wearing his first Spacefest T- Shirt. The date on it reflected that he died almost exactly 10 years after the first production.

He brought a lot of people together, and we will continue to gather again each time in his memory. His legacy has inspired our family, and though it hurts to continue all of this without him, it is what he would have wanted. Now we honor his memory further by relaunching and rebranding Novaspace.com.

Your family misses you, daddy, and we speak on behalf of mom: We love you. Wherever you are, we hope you are playing your guitar.

Spino Cerebellar Ataxia Type 3 is incurable. It is a cruel, slow disease that keeps your mind intact and debilitates every muscle you’ve ever taken for granted, including your eyes and speech, and has been passed down to Kelsey Poor. If you, or someone you know would like to donate to the fund for finding a cure, please visit The National Ataxia Foundation and contribute. https://ataxia.org/

One reply on “In Loving Memory of Kim Poor“

What are you looking for?